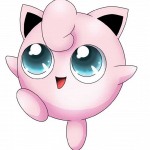 Feel Free to check out the Kaizo Mode on Survive The Disasters Fanon and Submit any unforgiving disaster combos in mind.

ChinaBunny is an experienced Super Mario Maker Hispanic American player. The Person behind the Player is a Male, the Mii is a creation of a brother's beloved stuffed Bunny. He created 2 main series of levels, titling them Parkour Puzzle and Brutal Bunny. He has been playing Super Mario Maker on September 13, 2015. He also goes through ADHD, but has no problems with gameplay, and even has sensitive feelings.

He is Diagnosed with ADHD, which is Hyper Activity, Aspergers, and ASD, which is Autism Spectrum Disorder.

On his Brutal Bunny series, some of the level titles has a deifition of what he's been through or for something else.

He was friends with the NNID of GordoMan (can't remember if there are any numbers in the NNID) on Minecraft Wii U, they became great friends and he planned to make a Mario Maker Level titling his NNID after finding his Super Mario Maker Levels. The level is still up.

Another level for a friend with the NNID of Soupsa (I think I remembered). They were playing Minecraft Wii U together one day and he kept noticing she was building a grave and the sign she typed out said "R.I.P. Soupsa". After feeling kind of down, he made the level, feeling kind of sorry.

He tried to reach out to her but never got a reply. Due to her inactivity, he took her off the friend list because of his Friend List Rules and Guidelines, and the level is deleted.

No one likes me..

The level title was a short story of when playing with his friend on Minecraft Wii U, his friend kept teasing him with TNT. With being a young teen, he didn't handle it well and just left. He got a random idea of the level title, showing he needs more respect. The level title is fake however, but the level is still up to play.

This level just shows his passion for staying up late at night. It is still up to play.

He keeps hearing about some Youtuber's doing Clickbait videos, so he constructed the level as a joke level. Part of the level is pretty trollish.

No Backstory, he just wanted to think of a level title relating to a Fortnite Location. It is also a re-creation of a troll level that was deleted when he was practicing the level.

The level is deleted and is replaced with a new level that is a planned troll level.

An unreleased (and not yet verified) level that was built after crying in school. The event happened when everyone was talking and was supposed to ready up for a warm-up question. The teacher lost her cool and yelled at the whole class. He was the only one who didn't take it well.

Another unreleased (and not yet verified) level that was built of his frustration of wanting to play with his friends on Minecraft Wii U. What happened was that his own friends kicked him out of their world. Since this kept happening, he constructed a level as a good title, but not hate toward anyone. He resolves the situation of his friends kicking him out by unfriending them since he has rules and guidelines for his friend list.

This level title was given thought of the Internet Trend called, "Don't do this at 3AM" and made it as a Super Mario Maker level.

Unfortunately, the level was deleted by Nintendo because it didn't get enough players by the deadline.

(Some of the Music's are listed from this Video.)

The House of the Dead Series

The House of the Dead 1 (Arcade, Saturn, PC)

The House of the Dead 2 (Arcade, Dreamcast, Xbox, PC, Wii)

There are Articles I thought of and would need some work:

Retrieved from "https://kaizomariomaker.fandom.com/wiki/User:KaizoPuff?oldid=21345"
Community content is available under CC-BY-SA unless otherwise noted.